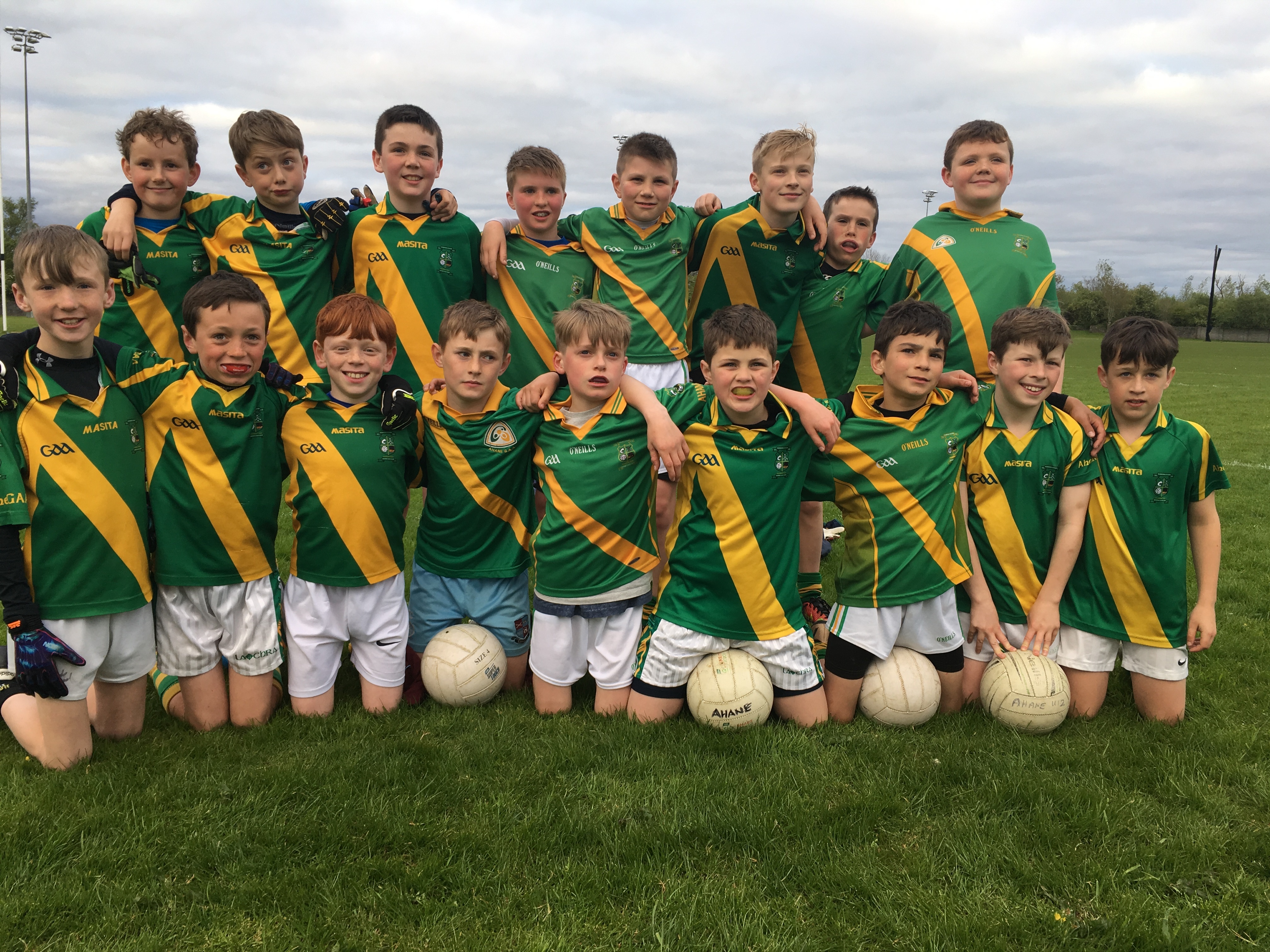 The Ahane U12 Football team had their first Football league match of the season last night with an away fixture against St. Patrick's.

St. Patrick's got off to a great start with a well taken goal to open the scoring but the Ahane players came back strongly and scored 3 excellent points to have the teams level at half-time 0-3 to 1-0.

The players raised their game considerably in the second half and with the defence well on top and the team playing a nice brand of flowing football the players scored an admirable 2-7 to take the win. Well done to all 17 players last night - Stephen, Ciaran, Jack, Kyle, Darragh, Will, James D, Sean, Cathal, Cian, James O'M, Paddy, James R, Jamie, John, Tony and Ryan.

Thank you to St. Patrick's for a sporting game of football and to the supporters of the Ahane team who roared on the players on the night.

The U12 Hurlers have their first league game on Thursday next week 04th May with an away fixture against Na Piarsaigh.