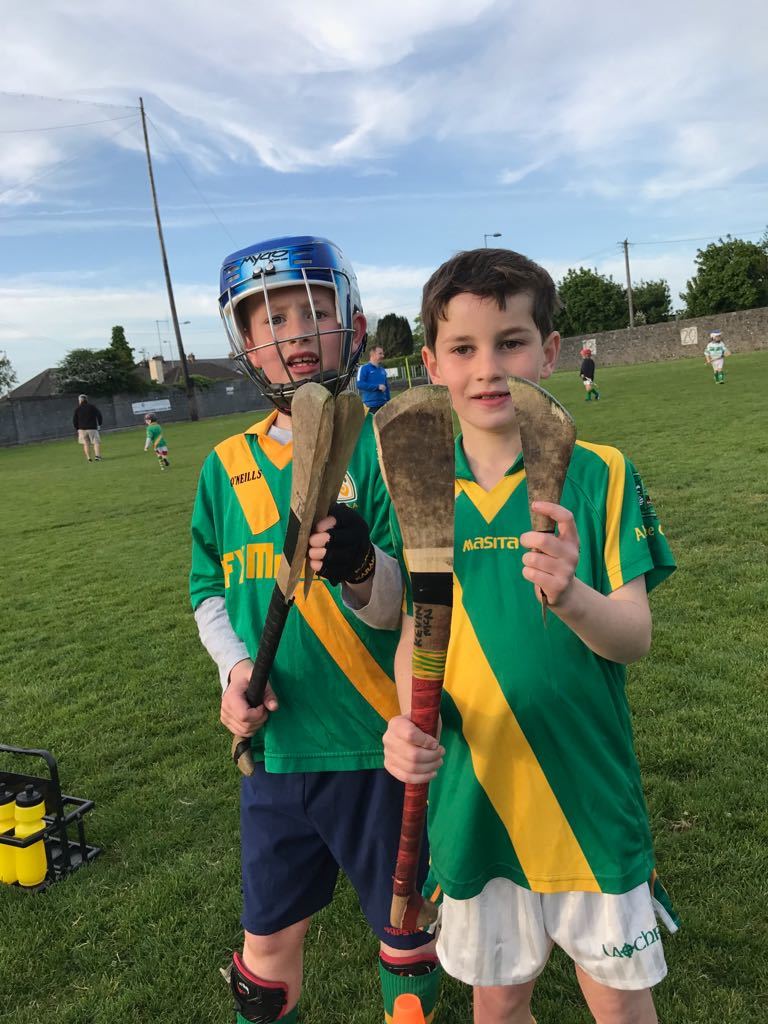 The U8 Hurlers enjoyed and got their season off to a very solid start last evening with an away blitz to Ballybrown. A record number of 33 kids attended the away fixture and gave a great account of themselves in 3 evenly contested games.  There was plenty of timber clashing in good strong but very fair games of hurling and the clash of the ash was heard on many occasions - some 5 Hurley's were broken (as the picture of Rory and Kevin will highlight) and those can be repaired will no doubt be on their way to George Lee and Jimmy Ryan for running repairs. Well done to all the boys and girls who put on a super effort last night - a special mention must go to Kevin McNamara for a spectacular overhead catch followed by a magnificent point from halfway and then scoring a goal with his broken hurley! Also well done to Darragh Redfern for playing on with a cut to his catching hand, David Moran for an excellent performance, Sarah Cusack and Wayne Kiely on superb U8 debuts and to Rian Gill for a very industrious display around the middle of the field. This is a team to watch out for in the future and they continue to train every Monday evening from 6-7pm. Well done to all involved, parents and supporters who travelled to Ballybrown and especially the players who played so well.