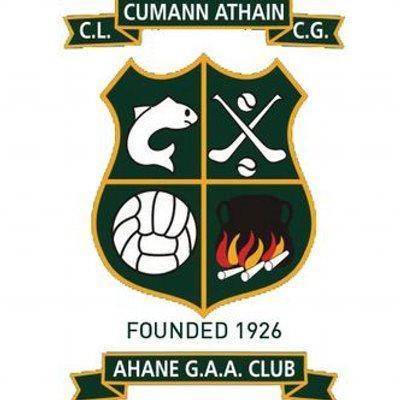 The recent news of the sudden passing of Tom Maher, Castleconnell has been met with universal regret.  Tom was one of the best known and most popular publicans in the locality and was a loyal supporter of Ahane GAA since moving to the parish.  A native of Shinrone, Co. Offaly, Tom relocated to Limerick to work with Irish Cement and shortly afterwards Tom's first cousin, Joe McKenna made the same move. So it can safely be said that Tom Maher paved the way for one of Limericks all time hurling legends! Tom won an Offaly Minor championship medal at the age of 13 and his playing career continued until he won an Intermediate title with Navan O Mahoney's in 1979 at the age of 41! A very talented playmaking centre back, Tom made many appearances in the Offaly colours and also lined out for a star studded Claughaun when based in Limerick.  After his retirement from hurling at the age of 42, Tom concentrated on his golf career and he was also instrumental in setting up the inaugural Ahane GAA Golf Classic which has continued to this day and which is a valuable source of fundraising for the club each year.  Tom was a true Gael and his innate hurling talent and love of Gaelic Games is continued to this day with his grand-daughter Kate Clohessy and grandsons Tony and Cormac Ryan representing Ahane with distinction on the field of play with Ahane Bord na nOg.  All of us in Ahane GAA Club extend our deepest sympathies to Marie, Tracy, Sinead and all of Toms family and his close friends - Ar dheis Dé go raibh a anam dílis.