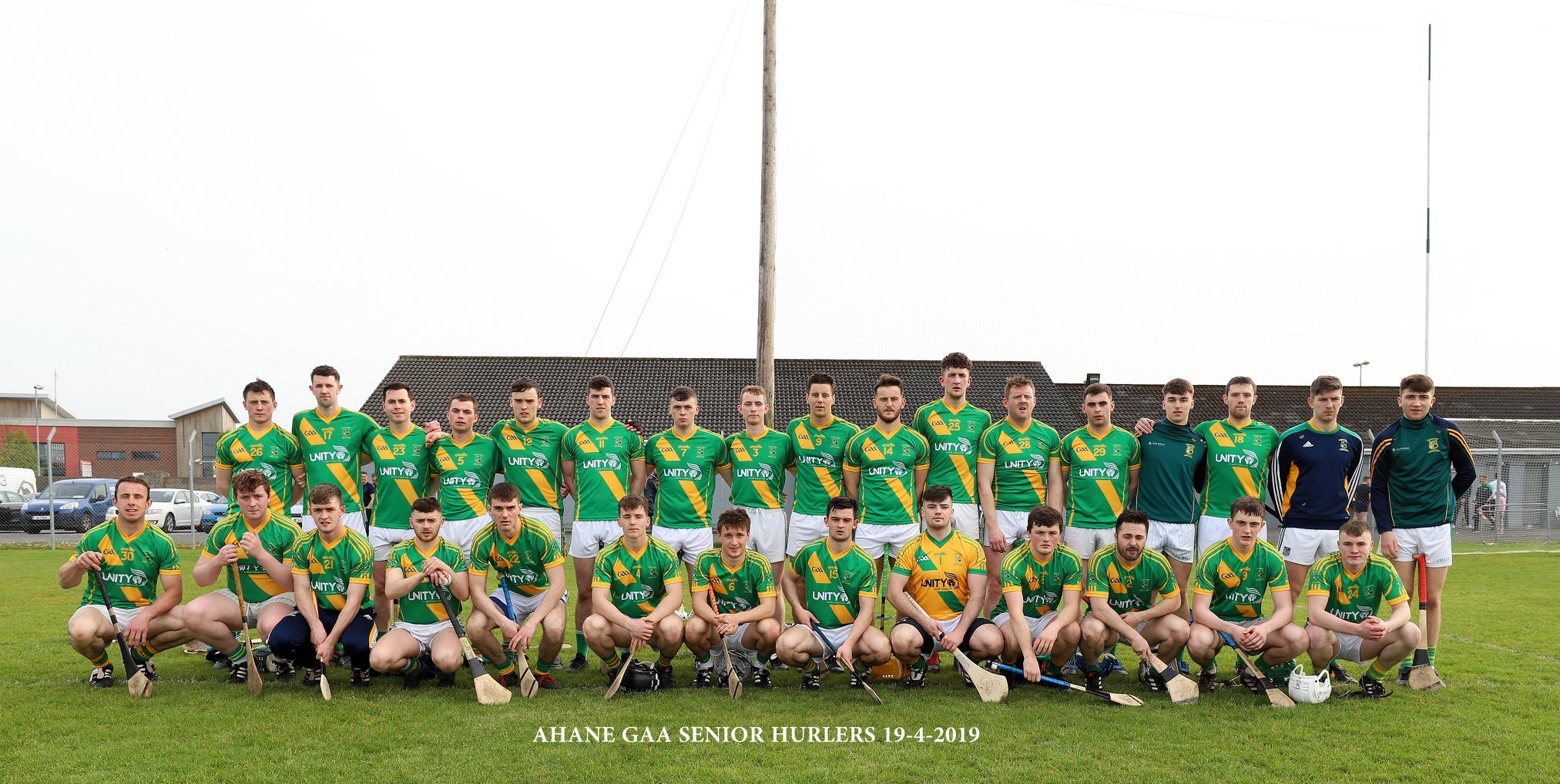 The lads resumed championship action with a hard fought win on Sunday evening against Garryspillane in Cappamore by 3-9 to 1-13. Having a win and a loss under the belt from the opening rounds of games, Ahane looked for a win to keep hopes alive of being in the shake-up at the end of the group stages. The opening quarter was very tentative from both sides with scores at a premium, but it was Ahane who secured more aided by a well taken goal from minor hurler Ronan Fox who made an impressive debut in the forward line. A rarity nowadays in hurling, the goal came from a first-time ground pull to the bottom corner of the net after the ball broke to the ground on the 14m line. The goal ensured the men in green and gold went in ahead at the break despite a number of wides in that half.

The second half saw some good competitive spells of hurling from both sides. While always chasing the game, the Bouncers never died away and despite being quite wasteful in front of goal, they kept the pressure on Ahane’s lead throughout the half. Timely goals in the second period ensured we always kept the noses ahead on the scoreboard. A second goal for Ahane through Ciaran O’Mara who latched on to a rebound from a save from another Ronan Fox effort was followed up by a third goal from Dan Morrissey who beat a number of Garryspillane defenders before cleverly slipping the ball past their keeper with an over-head flick. Ahane looked like easing to a win at this stage but a goaled penalty for the Bouncers and a succession of scores from distance narrowed the gap to the two point winning margin for Ahane in the end.

Ahane had some fine performances throughout especially in defence. The experienced half forward line always looked dangerous and controlled much of the play and was indeed where most of the scores over the hour emanated from, especially through Tom Morrissey who proved very accurate from frees again. It must be noted that many of this side are youthful in age, with the likes of current minors Padraig Harnett in midfield and Ronan Fox in corner forward, along with subs Andy Rowesome, Andrew Shanahan and Peter O’Grady, together with last year’s minors Conor Heffernan and Conor Morrissey – great to see these lads getting a chance at Senior and proving their worth.

Next up for Ahane is Knockainey on the 17th August in Caherconlish at 15:00.

June Edition of the GAA Newsletter 🙌🏻

The June edition of the GAA Club Newsletter is now availa...

The GAA , Camogie Association and LGFA have launched an e...

Yesterday evening the GAA held a webinar which spoke abou...

Ahane GAA Club efforts to get back up and running for sum...

After a difficult few months for our community and the en...

Our Irish officer Denis Kelly has create a survey of 10 q...