Official Launch of the Night at the OsKaRs 🎥🎬 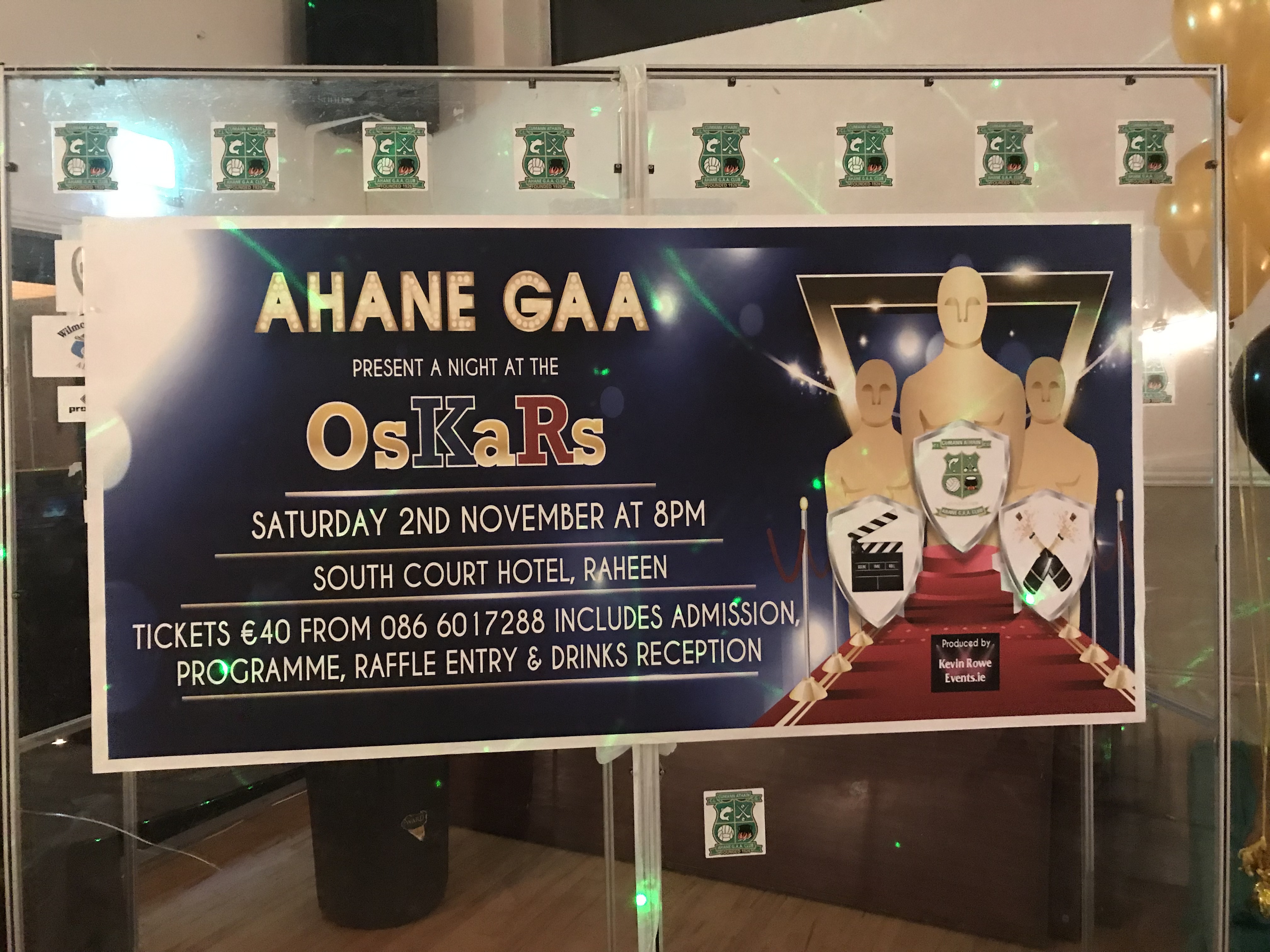 And we are off! Ahane GAA’s “Night at the OsKaRs” is officially launched!

A wonderful night for all the community was had last night as we launched our ‘Night at the OsKaRs! After months of work behind the scenes the hard working committee decorated the clubhouse and made it look like something out of a Hollywood movie.

There will be 7 films with over 60 top class actors 😉 We can now reveal what the seven movies are!

• Movie number one is ‘The Field’

• Movie number two is The Snapper

Seven absolutely cracking movies that all the cast are going to have great craic making and all those attending on November 2nd at the premier will have even better craic watching!

Of course last night wouldn’t have been possible without the following people; Brian O’Mara who was the MC for the night and he also provided the lighting, Bernie Quirke and Aileen O’Keeffe who put on a great spread of food which was thoroughly enjoyed by all in attendance, The Castle Oaks House Hotel for providing the decorations and the red carpet for last night which transformed the clubhouse, Johnny Meskell Snr for the sound, and Dave Gaynor and James O’Keeffe who were the photographers on the night, keep on eye out for next weeks Leader to see all the pictures!

Now the fun really begins and things start to get serious as the cast of all seven films set about rehearsing and filming their Oskar worthy productions! Rehearsals for the films begins on 10th September for four Tuesdays and then filming starts in October.

All the rehearsals and filming will culminate with the screening of all seven movies which will be held in the South Court Hotel on November 2nd with tickets going on sale from September! Tickets are €40 each.

Keep an eye out on our social media pages to see how all the casts are getting on and to get all the up to date information! You will find us at Ahane GAA Club on Facebook and @AhaneGAAClub on twitter!

Ahane Camogie are looking forward to another great year a...