U11 Hurlers - final game of the season 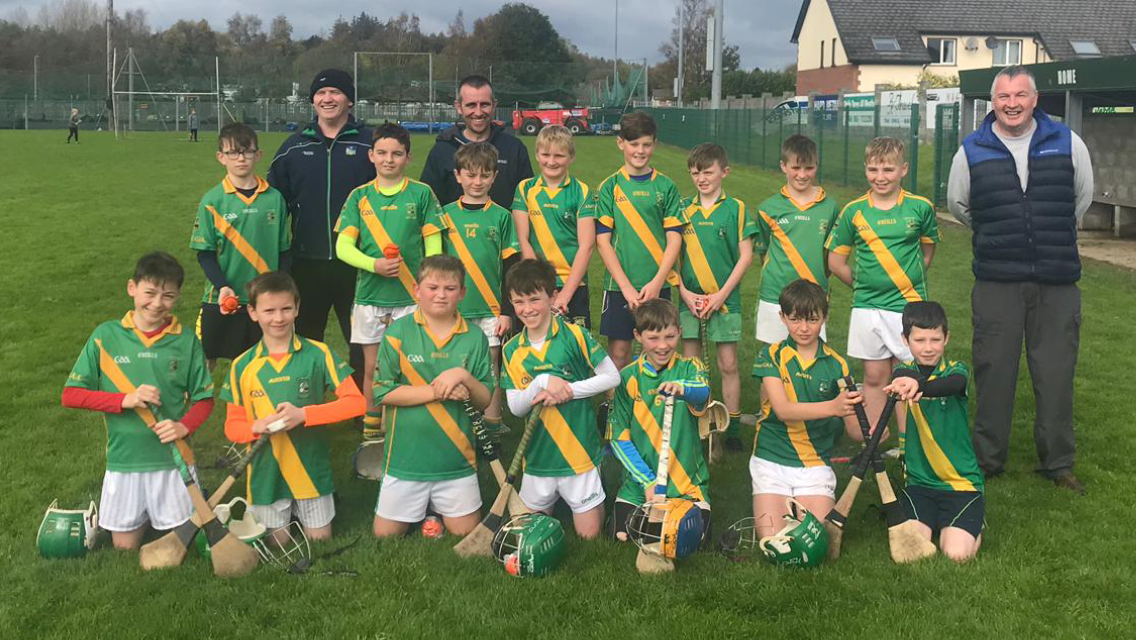 The U11 players had their final end of year hurling match earlier today with an away trip to Shannon and Wolfe Tones Na Sionna GAA Club. Ahane had 15 players taking part in the hurling blitz in Shannon and the squad played 2 x 12-a-side games against two Wolfe Tones U11 teams. The players did incredibly well and won both games – all supporters who travelled to Shannon saw some fantastic hurling, teamwork and commitment from the players.

Brendan, Liam and Martin presented wall ball sliotars to all the Ahane players after the game in recognition of the efforts over recent weeks which was very evident in the display of team in both games today.

The mentors would like to thank Wolfe Tones na Sionna GAA Club for the invitation to the blitz today and for their hospitality to all Ahane players after the game.