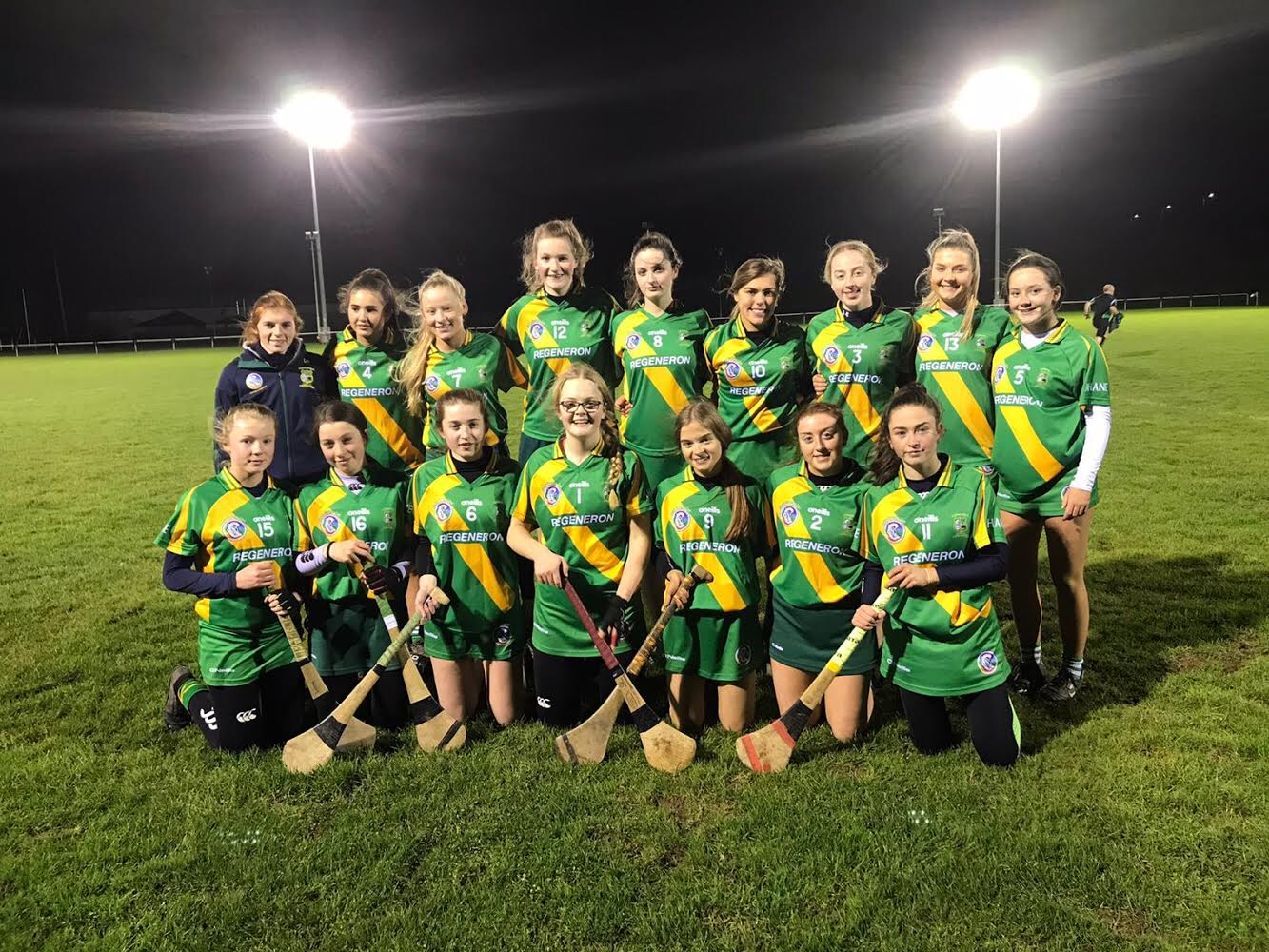 Ahane and Templeglantine took to Doon to play the minor 12 a-side county final on Friday evening. Conditions were cold but dry and both teams hit the ground running with Shauna D’Arcy getting Ahane’s first goal five minutes into the first half. Templeglantine did not let Ahane’s early goal phase them and they got their own goal in the 18th minute of the first half.

Both teams played well and there was savage hooking and blocking from both sides. Both sides traded scores with Ahanes first half points coming from Sarah Cosgrove and Cliodhna Twomey. Templeglantine got their second goal of the half in the twenty fifth minute of the first half which left the half time score as Ahane 1-03 Templeglantine 2-01.

A great game of camogie that unfortunately ended with wrong result for our girls but we are incredibly proud of them and how they have played over the season and how they have represented us throughout the season. Huge congratulations to Templeglantine on a great win!

Unfortunately Shauna had to go off injured towards the end of the game and we would like to send her lots of luck and love for a speedy recovery! ❤️

On behalf of the club we would like to thank the minor management team of Jonathan Hayes, Alice Reynolds, Niamh Power, Aoife Quinn and Toni Macken who did first aid throughout the year. We appreciate all the time and effort you have put into the girls over the season! Big thank you to the parents and supporters who have been there all season and have driven to the training sessions and attended all the matches! And finally a massive thank you and well done to all the girls who played fantastic all season we are unbelievably proud of you all and the future of Ahane camogie is seriously bright ✨