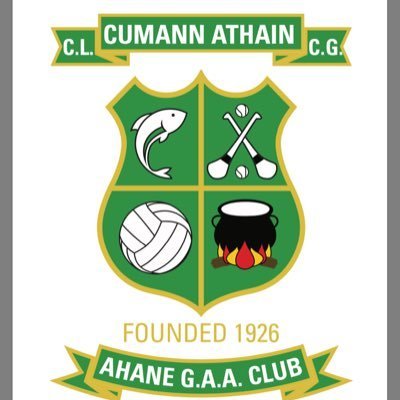 We held our AGM this evening in the clubhouse. With great numbers in attendance, the committee discussed another very busy and successful year for the club. This year saw our Senior hurlers be promoted to Senior A for the 2020 season, a very positive step forward for our club. We also had a very positive year with our U21’s who reached the County Semi Final but were unfortunate to lose out to eventual winners Doon. This year also saw our Junior hurlers get a win over Doon, which was a highlight of their season. Our minors saw their season come to an end by the narrowest of margins with a loss against Ballybrown which meant they did not qualify for the County Semi Final. This year also saw our Junior footballers beat Bruree in the Championship which was the highlight of their season.

Our under age teams have had very successful year also and we would like to thank all those involved with Bord Na nOg for all their time, effort, and commitment over the year. We are looking forward to another great year in 2020.

On behalf of the club we would like to sincerely thank all the management teams of all the groups mentioned above. We appreciate the amount of time and effort you put into managing, coaching, and working with your teams and how much it benefits the club as a whole.

This year also saw us take on our big fundraising event ‘A Night at the OsKaRs’ which raised much needed funds for the 4G surface for the Wall Ball. Again we would like to thank everyone who was involved with the OsKaRs for making it such a successful event!

Huge well done to all our players who represented the club on inter county panels, school’s teams, and college teams. You represented yourselves, your family and the club so well!

Finally we would like to thank all outgoing officers for all the work, time, dedication, and effort you have given to and put into the club.

A special word of thanks to Mary Ryan who is our outgoing secretary, Mary has given so much over her five year term as secretary of our club and there will never be enough words to thank her for all she has done for the club and all she has given the club! Thanks to other outgoing officers; John Meskell Snr, John Meskell Jnr, John Ryan, Martin McCormack, Mike Murphy and Fiona Quirke!

We now look forward to 2020, with the hope that it will be as successful it not more successful than the season just gone! Thank you all for your continued support of the club, it is greatly appreciated.

Todays Fitzgibbon Cup hurling Qtr-Final between Mary I an...

This a quick reminder that The Irish Heart Foundation wil...

Congratulations to Judith Mulcahy who has been named on t...

We are deeply saddened to hear of the passing of Carmel L...

Ahane Camogie Club will hold its AGM on January 31st at H...