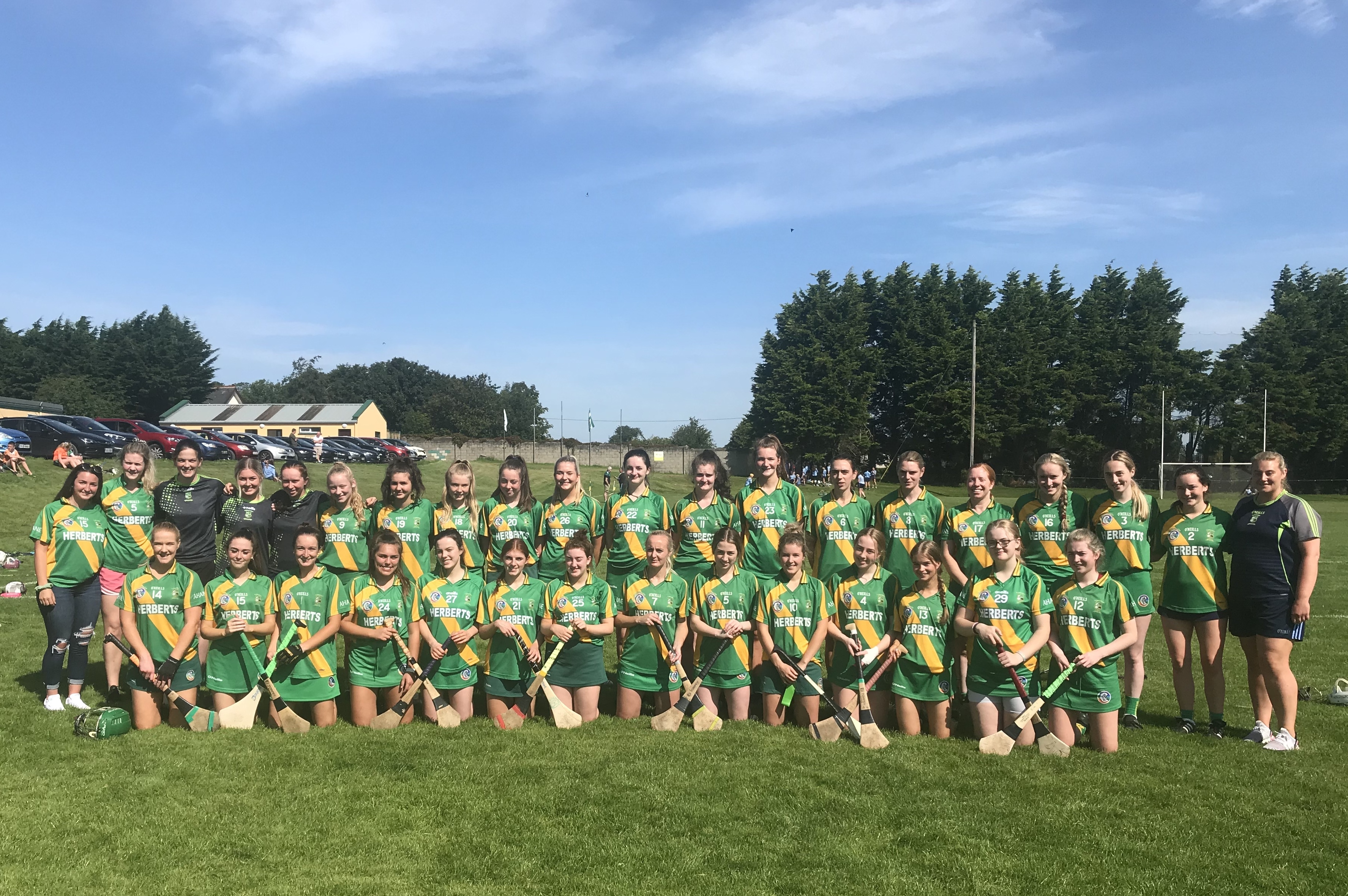 Ahane travelled to Crecora to take on Crecora in the first round of the O’Sullivan Fabrication Senior Camogie County Championship. On a roasting hot morning both sides were rearing to go, Crecora got the first score from a free taken by Dearbhla Egan. Despite the tough conditions both sides worked hard and the next score came in the 6th minute as Rose Collins buried the ball into Ciara Mulqueen’s net. Four minutes later and Niamh hit the back of the net much to the delight of the Ahane crowd. Roisin O’Mara tagged on a point and at the water break the score stood as Ahane 2-01 Crecora 0-02.

The water breaks were a welcomed stoppage in play for both teams as the temperature continued to rise in Crecora, as the game entered the second 1/4 of the first half Crecora rifled a ball into the back of Audrey Mitchell’s goal. This would be the only goal Crecora got as the Ahane defence lines stood strong and held Crecora out. Ella Ryan made her Senior Championship debut and played a fantastic game in the back line. Niamh kept the Ahane score’s ticking over while Crecora added on some more points from play. There was fierce individual battles going on around the field and there was some hard hitting throughout which showed just how much both teams wanted it. As referee Morgan O’Sullivan blew the half time whistle the teams stood as Ahane 2-03 Crecora 1-05.

The second half got underway and Ahane got the first score, again coming from a free from Niamh. The sides traded points for the next number of minutes with the last point before the second water break coming from a Crecora 45 that Dearbhla Egan popped over the bar. The 45 came off the back of a fantastic save by Audrey in the Ahane goals, Audrey made some fine saves and clearances throughout the game. 16 minutes gone and the score was Ahane 2-08 Crecora 1-09.

The final ¼ of the game saw Niamh score three great points and Áine Reynolds got her name on the score sheet too as she popped another one of the bar. Dearbhla Egan again scored points from frees and was deadly accurate from the placed balls only missing two in the 60 plus minutes of action. The final whistle was blown and the final score was Ahane 2-12 Crecora 1-11. A close encounter throughout and it could have gone either way at stages but Ahane hung on and finished the stronger of the two teams. Congratulations are in order for Ella, Éle and Molly who all made their senior championship debuts this morning a fantastic achievement for the girls and their families.

Ahane now have a four week break before they take on Newcastle West on September 6th in Mackey Park Ahane.