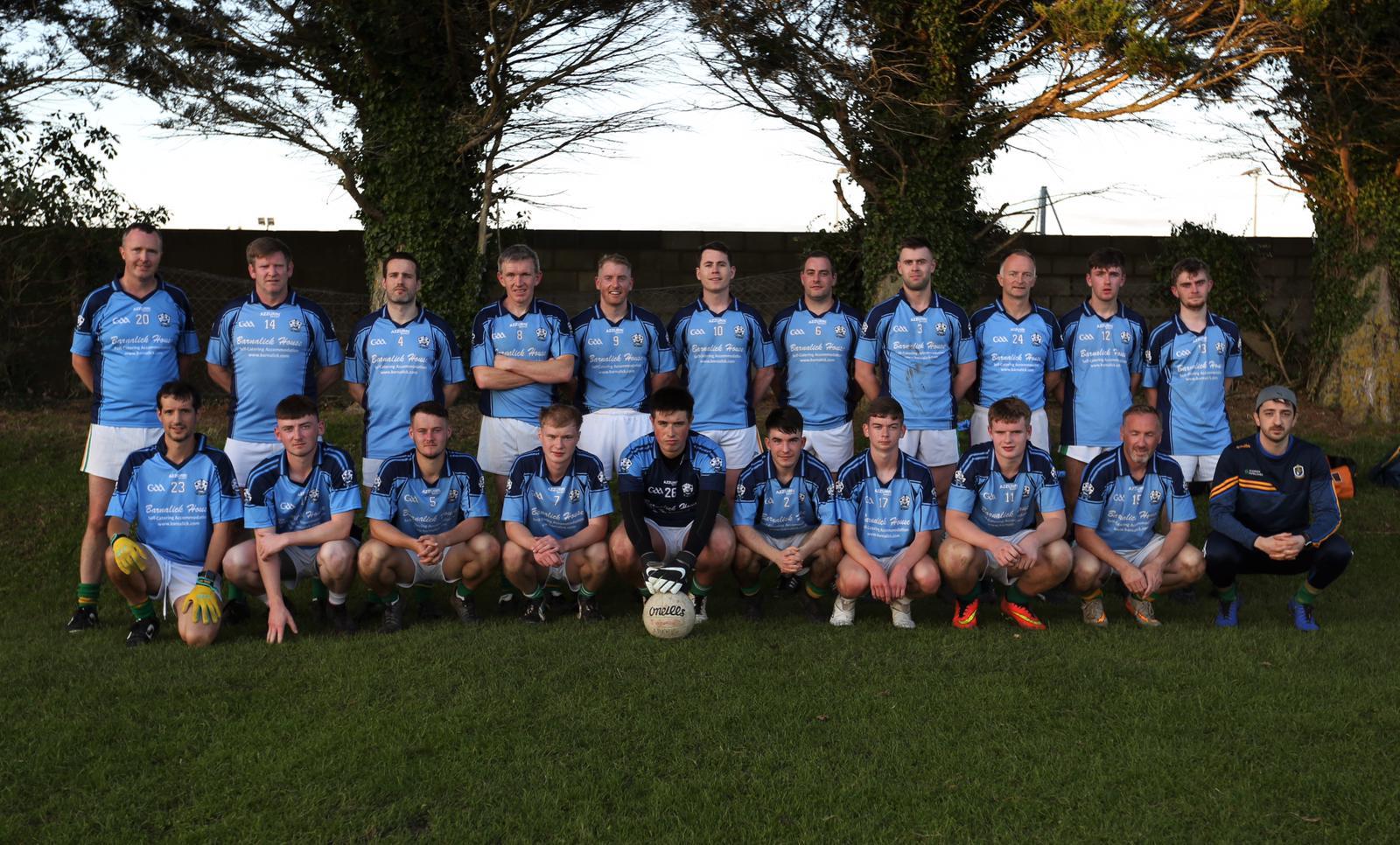 Last Sunday evening saw the Ahane Junior footballers play their second championship match in 3 days following an opening round loss to Crecora / Manister.  This time around the opposition was provided by Dromcolligher / Broadford in Ballingarry, and the prize for both parties in this contest was a place in next year’s newly constructed Junior Premier Division.

On a fantastic evening for football, with a pitch somewhat sticky underneath following the deluges during the week, Ahane started very brightly winning multiple possessions but struggled to convert this into scores.  By the time Drom/Broadford kicked their first point, Ahane had already registered 3 wides and then Drom/Broadford pushed on to score the only goal of the game following a piercing run through the middle by their wing-forward.

Drom/Broadford continually found it easier to work the ball up the pitch and ensure the right player took the right chance, Ahane struggled with this aspect.  Despite some outstanding runs by Paddy Morrissey, Ahane never quite seemed to get the ball to the person in the scoring position in time to allow an easier conversion opportunity.

By the first waterbreak, Drom/Broadford led by 4 and maintained a similar distance throughout the half.  While Ahane gathered more possession and worked really hard to drive forward, Drom/Broadford used the ball they got intelligently, and found it easier to create scoring chances.

The second half was nip and tuck throughout but as Drom/Broadford maintained their advantage, they dropped deeper to prevent Ahane getting into position to score a goal.  There was one outstanding chance which David Kennedy worked, but the Drom/Broadford keeper got down well to deflect a low goal-bound drive.  From there through to the finish, driven on by a powerful Jamie Maguire in midfield and with the defense keeping Drom/Broadford to a manageable total, Ahane pushed on with everyone giving their all, but Drom/Broadford drew the majority of their players behind the ball and maintained a 3 point cushion to the end with a final scoreline of Drom/Broadford – 1-10, Ahane 0-10.

For Ahane, there is one final championship round this coming Wednesday (3rd game in 6 days) against Kilteely, with the opportunity to join the Junior Premier group now lost while they remain in Junior A for 2021.  As Ahane gave debuts to 5 minor footballers during this campaign to date, there is definitely promise for next year.