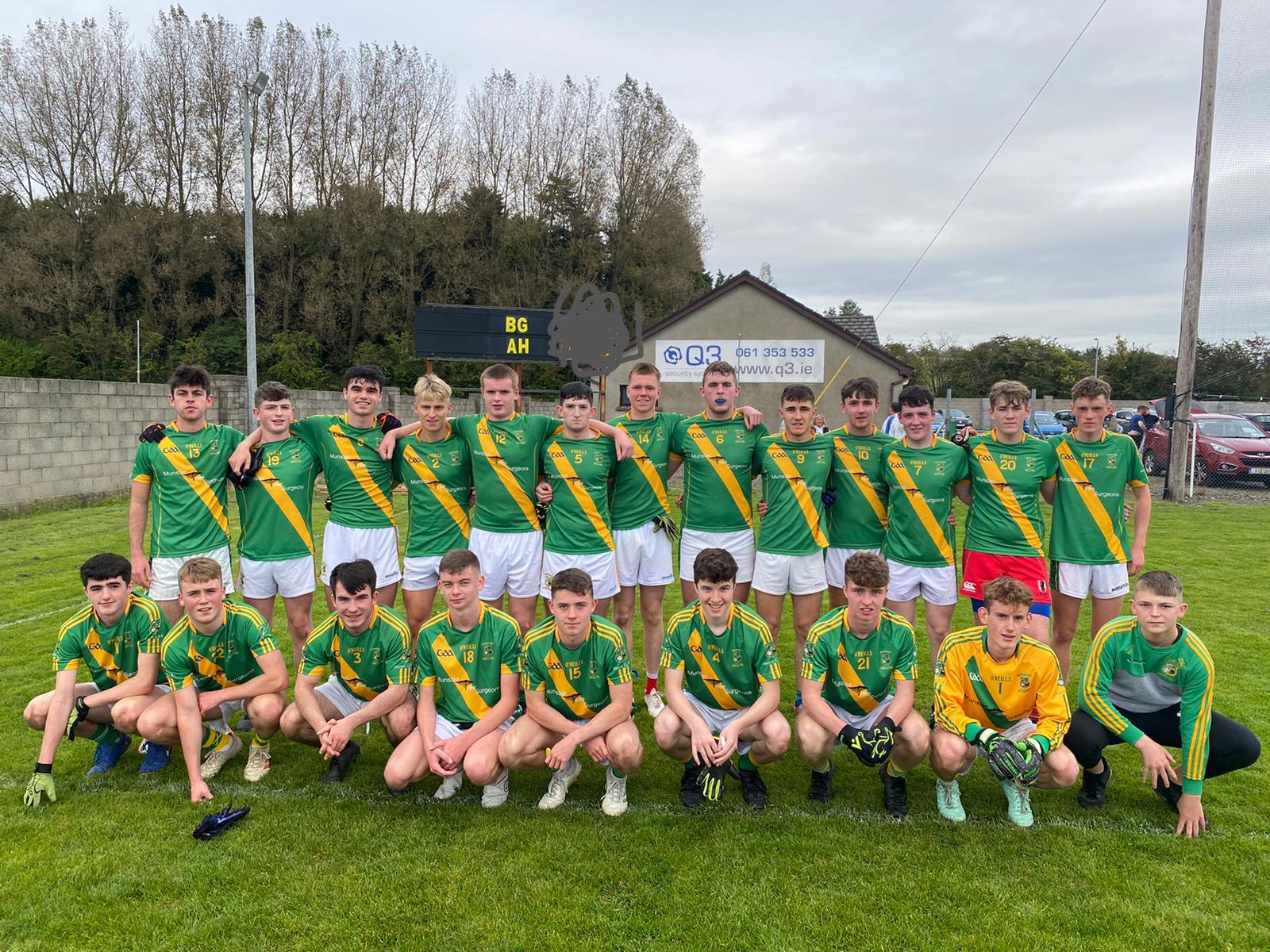 Ahane and Belville Gaels travelled to Clarina on Sunday afternoon to take each other on in the Minor B Football Semi Final. Both teams hit the ground running and credit where it is due to both teams they showed fantastic skill, work rate and team play throughout the game.

Ahane got the first score but Belville replied with a point of their own not long afterwards. Ahane played some good interlinking play and got on the end of great passes to create some fabulous scores. As half time rolled around the teams stood as Ahane 2-11 Belville Gaels 2-03.

Belville started the strongest in the second half as David Boyce got his third goal of the game, not long after Belville Gaels scored a point and the gap was five points. However Ahane began to take over and they slotted home two goals in quick succession. The Belville Gaels goalkeeper played a great game and made some fantastic saves, but he could do absolutely nothing about the goals that went in as they were all taken beautifully. Ahane would go on to get two more goals and ended the game with 6 goals. Belville Gaels never gave up and are to be commended for their fight and determination throughout the game, most of the team played in a Minor Hurling County Final during the week so Ahane were fresher coming into the game which in the end stood to them.

Belville Gaels had a goal chance denied just before the game went into injury time as Evan O’Leary in goals managed to get a foot to the ball and kick it first time out the wing to clear his lines. Mark Donnellan scored two more points for Ahane and the game ended on a score line of Ahane 6-19 Belville Gaels 3-05

Ahane are now in a County Final and will play Rathkeale. Time, date and venue are to be confirmed so keep an eye out on our social media to get the fixture when it goes up!