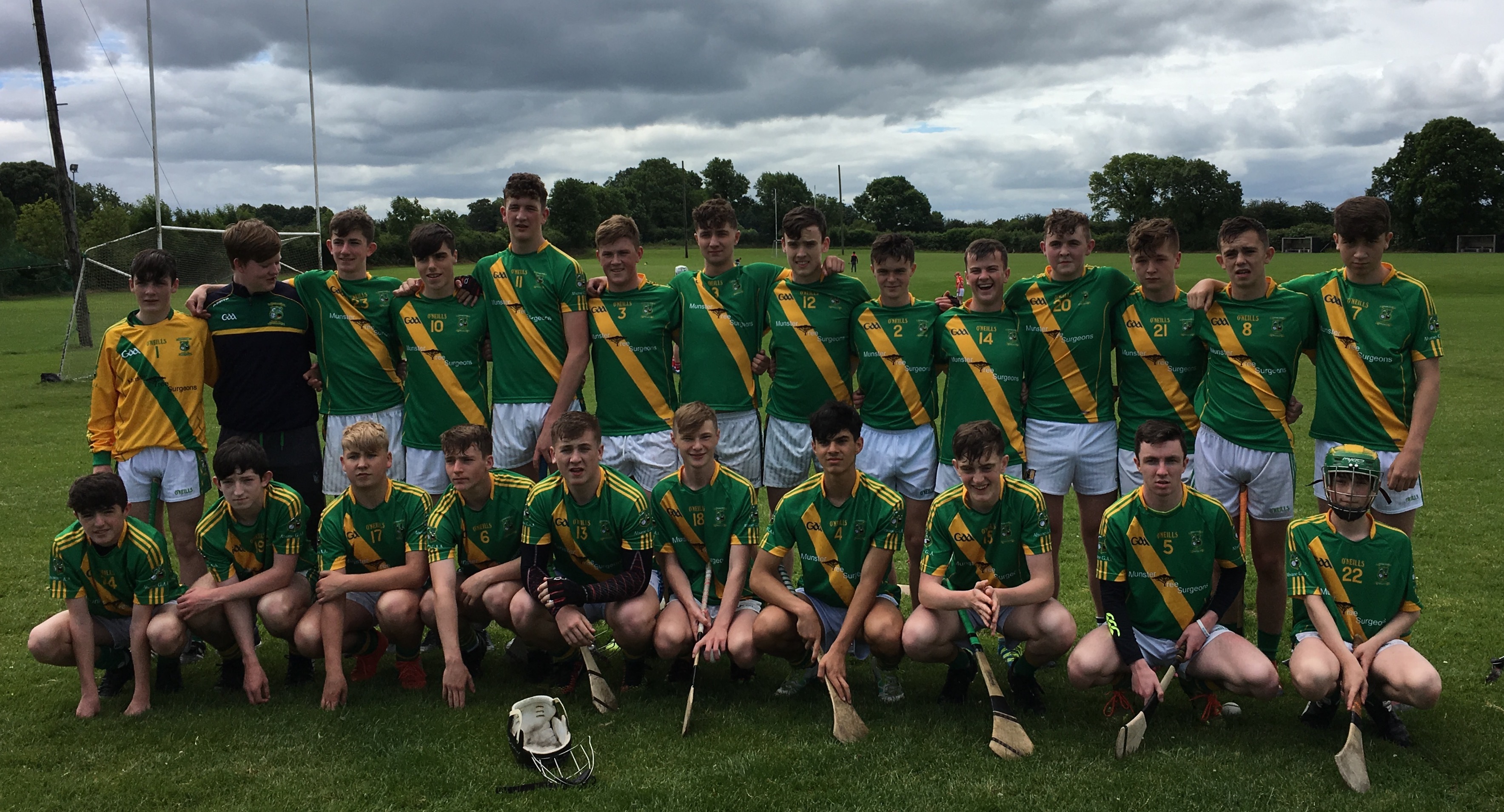 Published: about 5 years ago

Ahane started the match playing against a strong wind , but settled well and Dara Cullimore won an early penalty which Captain on the day, William Brennan crashed to the net. This was followed by several excellent taken points from Conor Morrissey, Ronan Reale, William Brennan Conor Heffernan and Padraig Harnett as Ahane completely dominated throughout and another goal from Conor Heffernan and Dara Cullimore left a very one sided half time scoreline of 3-14 to 0-08 in favour of Ahane.

Despite the huge scoreline, this was a huge team performance as Ahane's backs and midfield also played magnificently throughout and fought for every ball for the full 60 minutes.

So Ahane claimed the much coveted Tom Blake Minor Hurling Memorial Trophy for 2017 and Ahane's centre forward Conor Morrissey also claimed the Man of the Match award after a brilliant personal display.