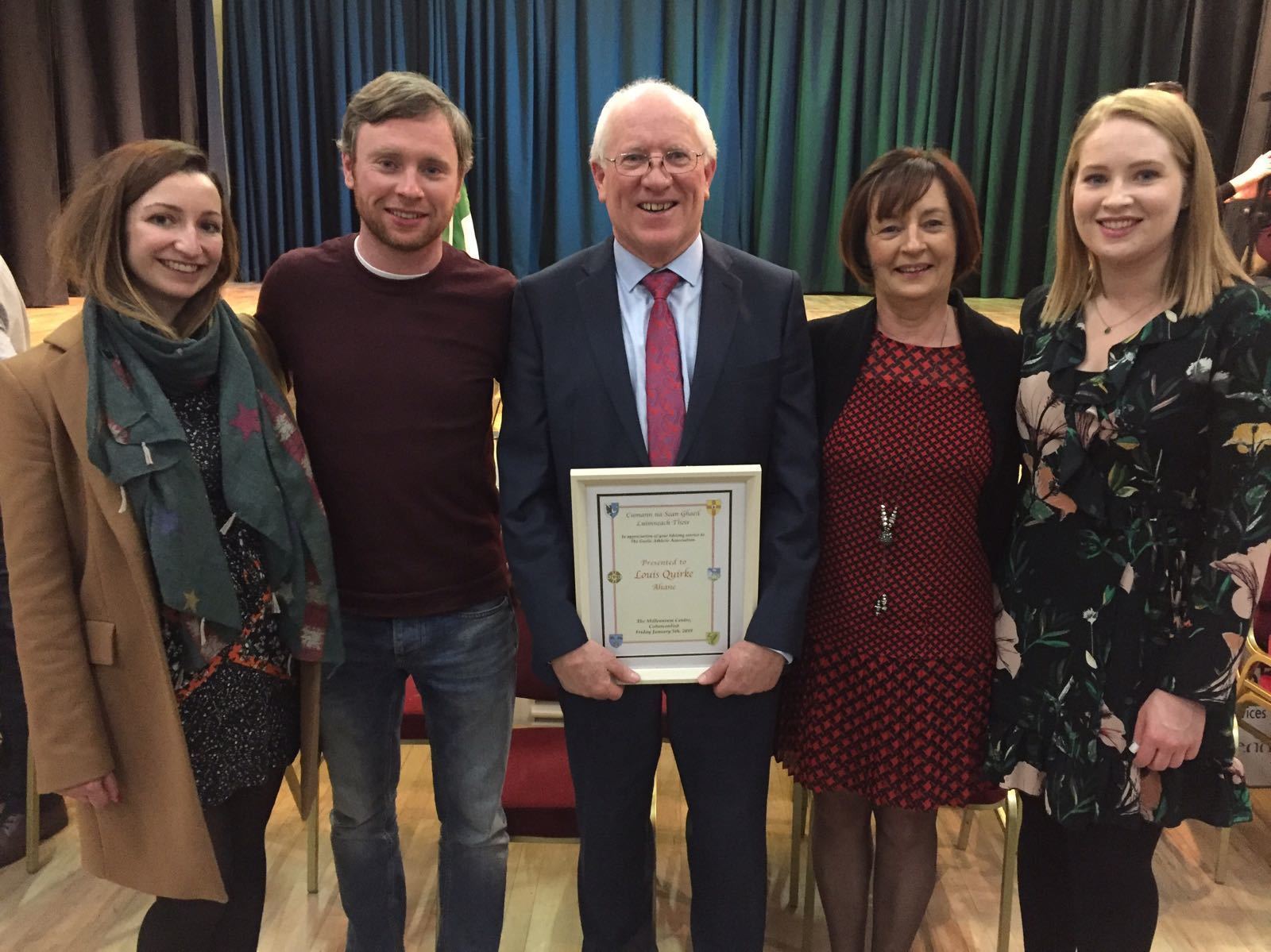 We are deeply saddened by the passing of Bernie Quirke.

Bernie gave so many years of her life to the club and was our club PRO for many years. Bernie ran the club shop and if you wanted any club gear all you had to do was ask Bernie! Bernie was always involved in club fundraisers and anything that needed to be done Bernie would do it! God knows she made thousands upon thousands of sandwiches for the lads growing up to make sure they were ready for road!

Bernie was always on the sideline of all our matches. She was one of the clubs biggest supporters.

Bernie was not only a serious supporter of our club she was also seriously creative and after retiring she started Quirky Pots Jam and Chutneys which were a massive hit! For Christmas she made Christmas wreaths which were absolutely stunning and again a massive hit with all in the community.

Bernies husband Louie is a life long stalwart of the club, Bernie’s son Conor played with the club and was part of our Senior Management team this year, Bernie’s daughter Fiona is also a huge presence in the club as she helped out with the bar and runs our club texts along with helping out with club fundraisers and Fiona has been on our Club Committee.

Bernie’s big personality, friendly manner and beautiful smile will be greatly missed by all in the club and community. We are sending all our condolences to Louie, Fiona, Conor, Bernie’s daughter-in-law Leanne and her two granddaughters Aisling and Caitlin.

Funeral Arrangements can be found below.

The club will be doing a guard of honour on Tuesday in line with the wishes expressed by the family. Details to be confirmed.

May she Rest In Peace ❤️

Bernie is pictured above with her husband Louie, daughter Fiona, son Conor, and daughter-in-law Leanne.

Ahane travelled to Banogue to start their league campaign...

Ahane u9 hurlers had their first competitive matches of t...

Ahane u14 footballers took on Bruff in their delayed semi...

Ahane U11 Hurlers kick off their season

Ahane u11 hurlers had their first competitive matches of ...

Our final fixture of the weekend saw our first Junior B t...