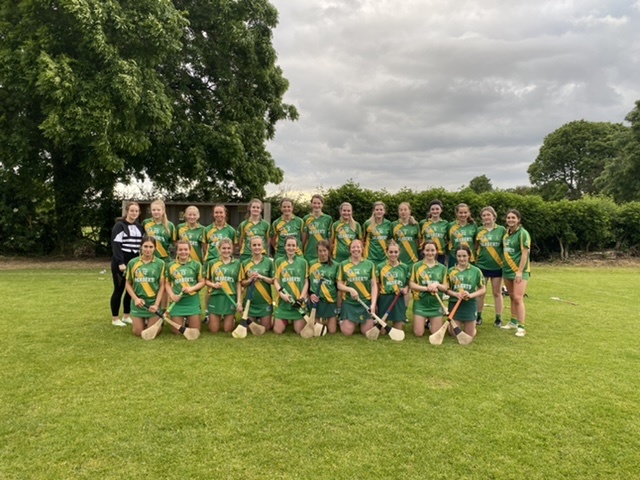 Ahane welcomed Crecora to Mackey Park to play the fifth round of the Adult Summer Camogie League. Crecora started the stronger and got two quick goals in the opening 2 minutes. Ahane got off the mark with a super point from Ann Kennedy. Aine Reynolds got a point for Ahane, but disaster struck again in the 14th minute as Crecora were awarded a penalty which they put under the bar. Ahane got their first goal just before the water break as Niamh Brennan buried the ball in the net. Score at the first water break was Ahane 1-02 Crecora 3-03. Ahane got their second goal of the game just after the water break as Sarah Crotty caught the ball in from Niamh Brennan and slotted it home. Crecora got some more good points and slotted home their fourth goal of the game. Ahane tacked on points of their own. Half time Ahane 2-03 Crecora 4-05.

Second half got underway and Ahane started the quickest as they got their third goal of the game as the free from Aine dropped in and Niamh caught it and made sure that the Crecora keeper had no chance of saving it. Aine then put a 45 over and Ahane started to up it a gear. Another super point from Niamh from a seriously tight angle and a free from Aine saw the gap go to two, Crecora got another point before the water break, scores at the water break were Ahane 3-06 Crecora 4-06. The final fifteen minutes saw the teams share scores, again points from Niamh Brennan, and Molly Hussey kept Ahane in the game and saw the gap be brought back to one. Unfortunately, Ahane just ran out of time in the end and couldn’t manage to get the equalising or winning score. Full time score Ahane 3-09 Crecora 4-07.