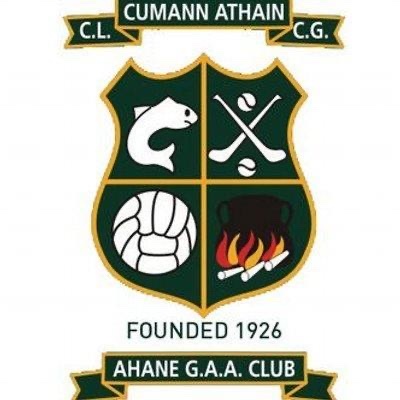 Our U19’s welcomed Adare to Mackey Park on Sunday afternoon to play their rescheduled Round 1 game. In a good game of hurling, that saw both teams display serious skills, scores and work rate it was Ahane that came away with the win.

Points from Peter Donohoe, Mark Donnellan, Gavin Rowsome and Kevin Morrissey got Ahane underway in the first half. Some of the pick-ups, flicks and scores taken by the Ahane lads were just phenomenal. Ahane’s final point of the half came from Jack Barry at half back, the score stood as Ahane 0-11 Adare 0-06 at half time. Again, both teams traded scores in the second half and in the third quarter Adare hit their purple patch, getting some fine scores from all over the field. Ahane however weathered the storm well and more points from Kevin, and Mark saw the score at the water break as Ahane 0-15 Adare 0-10. The final quarter was nip and tuck but Ahane did enough to keep the lead and pull away. A great performance from William O’Leary in goal ensured that Adare were kept goalless, along with solid performances from Evan O’Leary, Aidan Carroll, Jack Barry, Mark Hickey, Shane O’Grady, Colm Slattery Wright in the first half and Stephen Hassett in the second half in Ahane’s defence ensured that every score Adare got was hard fought for. Final score Ahane 0-19 Adare 0-13. Ahane now play Na Piarsaigh in Caherdavin on Tuesday evening.