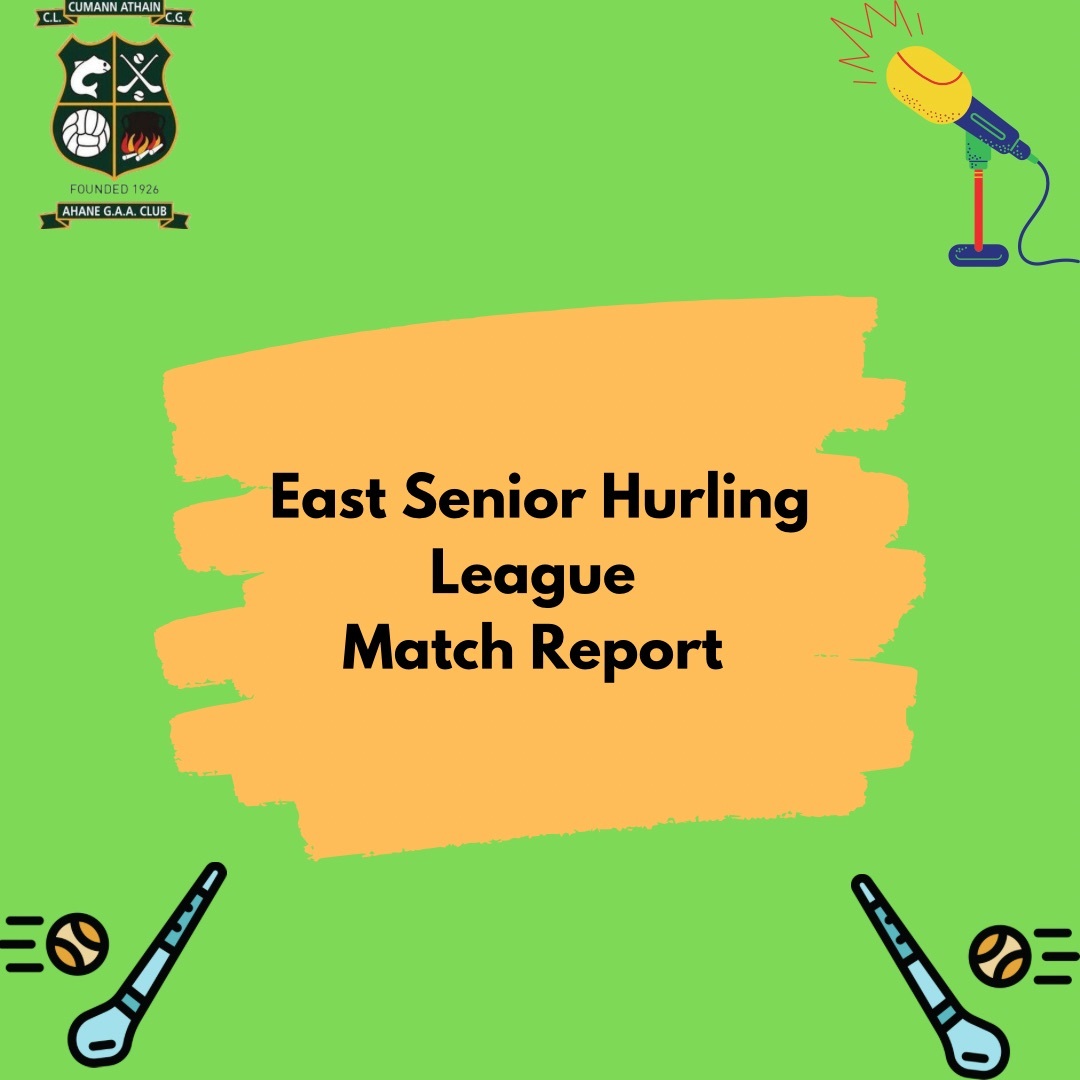 The second half got underway, and the rain continued to fall. Liberties got the first score of the half, but Adam added to his tally and the gap between the sides was one point. Ciarán O’Mara scored another point after a great passage of play. South Liberties continued to tap points over and with 43 minutes gone the score line was Ahane 0-08 South Liberties 0-11. Adam showed that what he can do from placed ball he can do from play as he scored a monster of a point to bring the gap to two points. We had a couple of goal chances, but we were denied by the posts and the South Liberties keeper.

However, we did get our first goal curtesy of Daniel Minehan who was quickest to react when the South Liberties keeper batted down the long-range ball in from Adam. Dan’s goal put us two points in the led with seven minutes left on the clock. South Liberties stuck over another point and brought them to within a point before Andrew Shanahan slotted over a point of his own. Adam pointed another free, before he controlled the ball beautifully to pass it to Dan, who passed it to Ronan who made no mistake in burying it! With time up on the clock, referee Timmy McGrath blew the full-time whistle, and we came away with the win. Ahane 2-12 South Liberties 0-13.

We now take on Murroe Boher in Boher this evening (7th May) at 7pm!

Ahane u13s through to championship semi-final

What a weekend, what a team and what a performance to win...

3 in a row commemorative number plates!

TO ALL OUR LOYAL SUPPORTERS.   Our Official commemorative...

Another successful Cúl Camp in Ahane

The hugely popular Ahane Cúl Camp is up and running. 220 ...

PILATES CLASS EVERY MONDAY 7PMPAY AS YOU GO FOR THE MONTH...